A gobsmacked mum has hailed her “miracle” babies after falling pregnant twice in the space of a week. Kimberley Tripp, 35, was told she might never be able to have kids, but days after learning she was expecting a child through I.V.F treatment, she was stunned to find she had conceived another naturally. 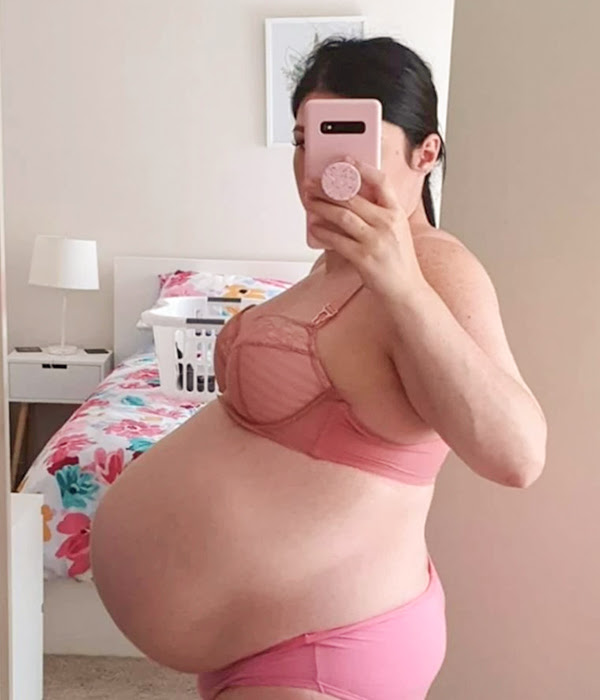 Ever since she was a little girl, Kimberley Tripp longed to be a mother – but after being diagnosed with polycystic ovarian syndrome (PCOS) at 15, she was told she might never be able to have children. But the 35-year-old from Brisbane, Queensland, Australia, said she always held on to a smidgen of hope that her dream of having a family might one day be possible. 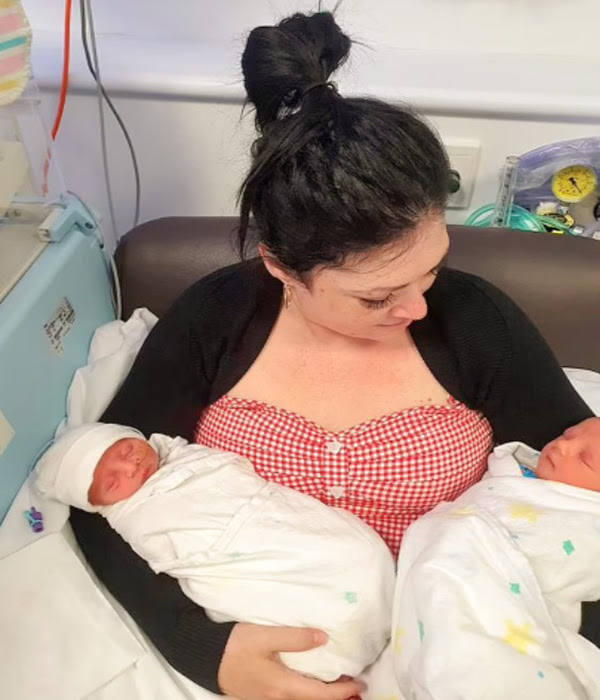 After years of trying to conceive naturally, she knew it was time to consider her options. Supported by her loving husband Adrian, 35, Tripp spent thousands undergoing I.V.F and in July 2019, she was overjoyed to discover she was pregnant after having one of her embryos transferred. But little did the 35-year-old know her excitement was about to be doubled, as her first scan confirmed she was expecting twins – with one being conceived through I.V.F, and the other naturally, approximately one week apart. “I was in total shock,” said Tripp. “We only transferred one embryo, so I couldn’t understand what happened. We couldn’t believe it. I never knew something like that was even possible.” 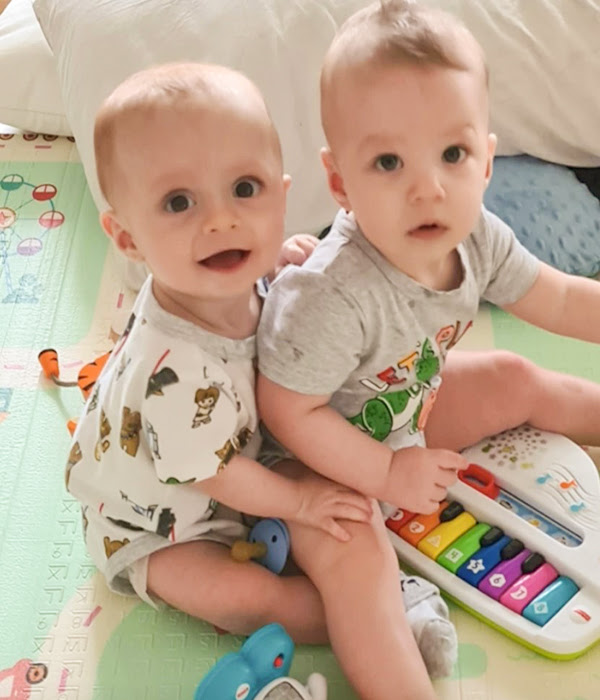 Kimberley Tripp’s doctor told her it would be nearly impossible for her to get pregnant due to her 140kg, size 22 frame. In her quest to lose weight and become a mother, Tripp explained that she tried her fair share of ‘fad’ diets and exercise programs, but after being diagnosed with PCOS – which meant it was going to be a nearly impossible for her to be able to lose a lot of weight naturally – she decided to undergo gastric sleeve surgrey in December 2015 to help kick-start her weight loss journey. Thanks to the surgery and her diet change, she now looks unrecognisable, weighing 77kg and fitting into a size 12. 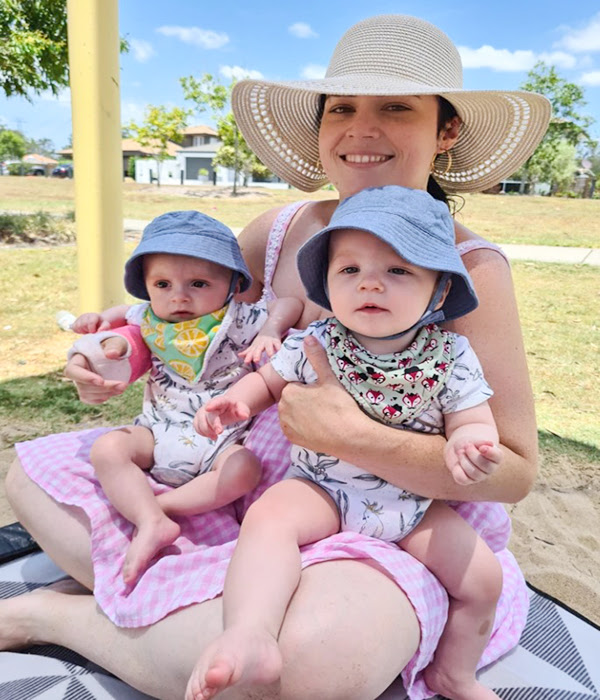 After getting into shape and preparing herself mentally, Tripp decided to undergo I.V.F, which took four rounds of treatment before it worked. The phenomenon of a woman becoming pregnant twice during a short period of time is known medically as superfetation – which is when a second, new pregnancy occurs during an initial pregnancy. Babies born from superfetation are most often considered twins, since they are usually born during the same birth on the same day. 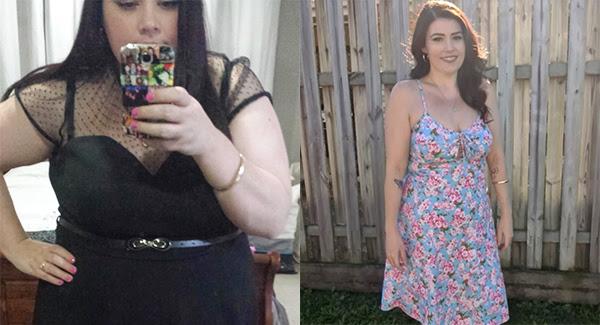 The couple’s miracle boys were welcomed into the world in March 2020, with Patrick and Leo weighing in at 2.7kg and 1.9kg respectively. 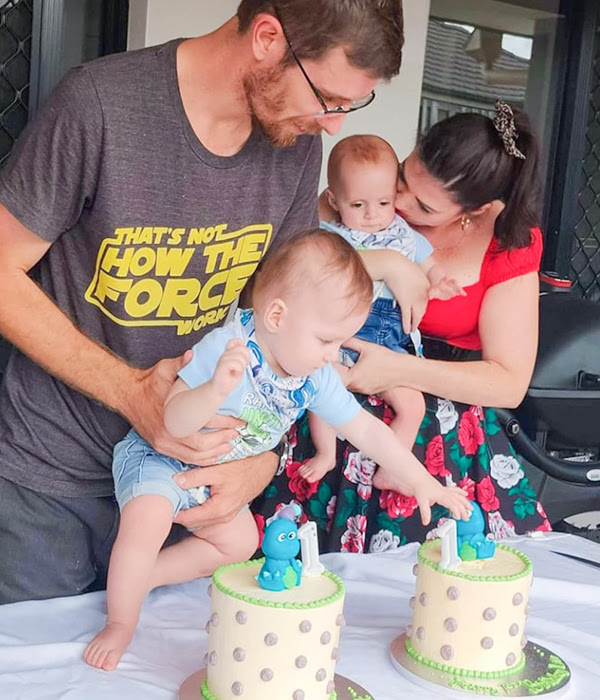 Tripp said: “Patrick was born first and is the bigger twin. He is cheeky, mischievous, very determined and the ʙᴏssʏ one. Leo is the smaller twin. He is so affectionate and giggly and always smiling, and is the jokester of the two. I never expected this to happen to us and for a long time thought I might never become a mum. But miracles do happen, and I now feel like my world is complete. We’re so happy.” 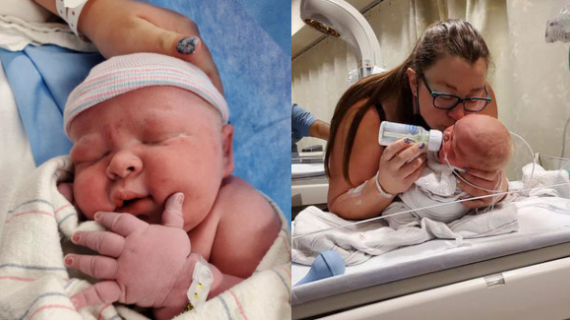