A set of California triplets have always shared a tight bond, but now they’re taking their sisterhood one step further as they all experience pregnancy together. Gina Purcell said that she and her two sisters, Nina Rawlings-Tran and Victoria Brown, are all thrilled to welcome babies by the end of this year. When the little ones make their arrivals this summer and in the late fall, it will be Rawlings-Tran’s first child, Brown’s second, and Purcell’s third. 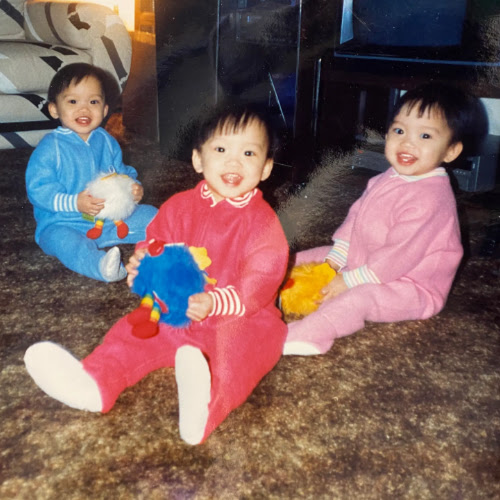 Brown – who already has a 2-year-old daughter – is due to have a baby boy, first, on July 9. Rawlings, the middle triplet, is expecting to have her first child, also a boy, on August 28. Purcell, the eldest, will have her third child, a baby girl, in November. She already has an 8-year-old son and a 5-year-old daughter. Brown, the youngest of the triplets, said that their pregnancies are ‘a dream come true.’ Brown said:” It’s still kind of surreal to me, I think. And it won’t really hit me until I see all the babies together. It’s been so exciting just sharing our food cravings, how we feel, like how tired we are, our mood swings – things like that. And it’s just so nice to have your best friends there with you throughout the whole experience.” Though the sisters are excited to be pregnant at the same time, it wasn’t exactly planned. Rawlings said that she and her husband had actually been trying to get pregnant for a little over a year when Brown announced she was pregnant around Thanksgiving. She said:” I had a feeling, too, because she wasn’t drinking and she was like ‘cleansing’. And so when she announced I was like, ‘I knew it.'” 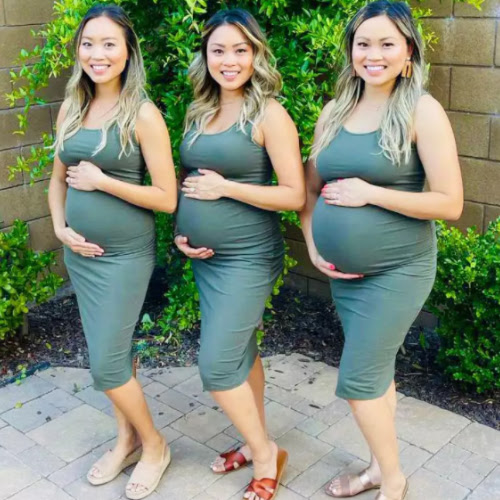 Rawlings was soon to follow. About a month later, around Christmas, she announced she was also expecting. Rawlings said:” Once Tori and I found out that we were pregnant, we encouraged Gina to get pregnant. And since it’s her third one, she was like, ‘Oh, I don’t know, I’m not sure, the kids are a little bit older.’ Rhen they ended up trying and got pregnant. So it’s super fun, super lucky.” Purcell explained that she went through a miscarriage a few years ago and after that, she and her husband decided they were done having kids, since they already had two. She said:” But the past year, I kept thinking, like, you know, I don’t feel done. I do want a third. So we’re kind of going back and forth, ‘Do we want another one? Are we good?’ And then when I saw my sisters, I’m like, ‘OK, well, we’re not getting any younger. It’s either, we do it now or we’re like, done-done.’ So it was just an extra little push.” 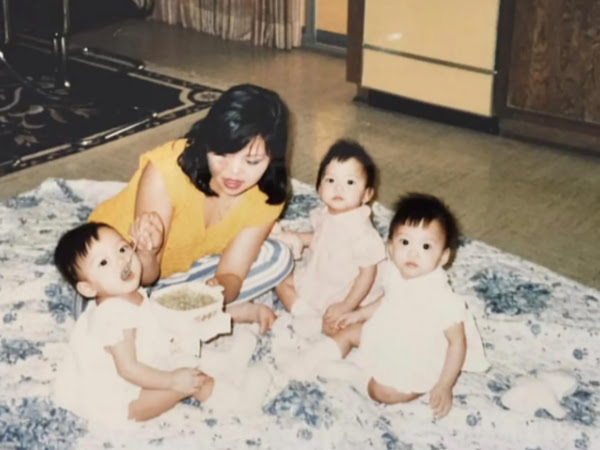 For Rawlings, who is having her first child, it’s especially comforting to be pregnant alongside her sisters who have already given birth before. She said:” Talking to them and knowing their stories and being so close to them has definitely helped me and like, eased my nerves a little bit. But of course, it’s still scary because it’s unknown.” Each of the sisters will deliver their babies at The Women’s hospital at MemorialCare Saddleback Medical Center in Laguna Hills with OBGYN Dr. Daniel Sternfeld. Dr. Sternfeld told he learned the triplets were all pregnant at the same time a few weeks ago when they all had their appointments on the same day – though they were all at different times. He said:” Then I realized it’s like, this is a really interesting story. Three close knit sisters who are having babies within months of each other. I’m just going to be excited to deliver them all.” 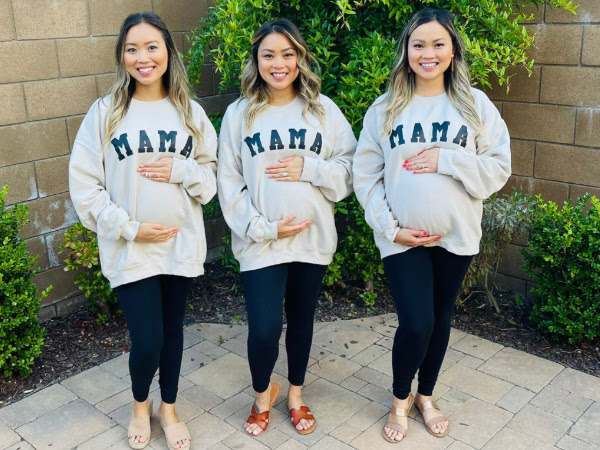 Rawlings said:” We shared everything before. But now that we have this – because being pregnant in itself is a blessing. So, being able to share this with your best friends is just surreal. And we share everything, like registry items, tips like stuff that we see on Instagram, news stories, everything.” 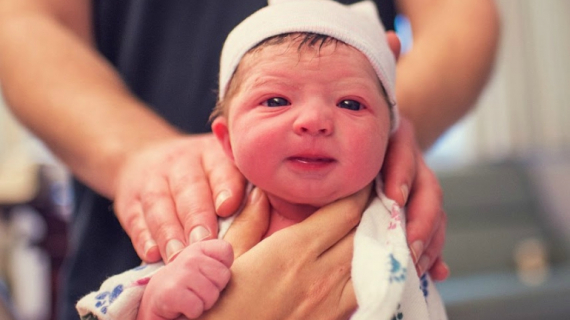