Mum Finally Gives Birth Aged 60 After 20 Years Trying To Get Pregnant Her Husband Dump Her And Left As Soon As He Hears The Newborn Crying A 60-YEAR-OLD woman who finally had a baby after five rounds of fertility treatment has been dumped by her husband. Atifa Ljajic was left by her partner after bea-ting the odds and getting pregnant following decades of trying. 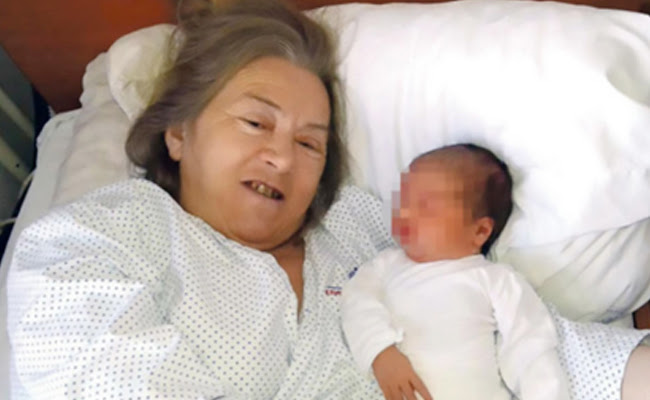 Serif Nokic, 68, decided to leave her on the day baby Alina arrived in Novi Pazar, in western Serbia’s Raska District. He said he was worried the newborn would keep him up at night with her crying. When asked about abandoning Atifa, Serif said: “She got what she wanted, now she is happy.” 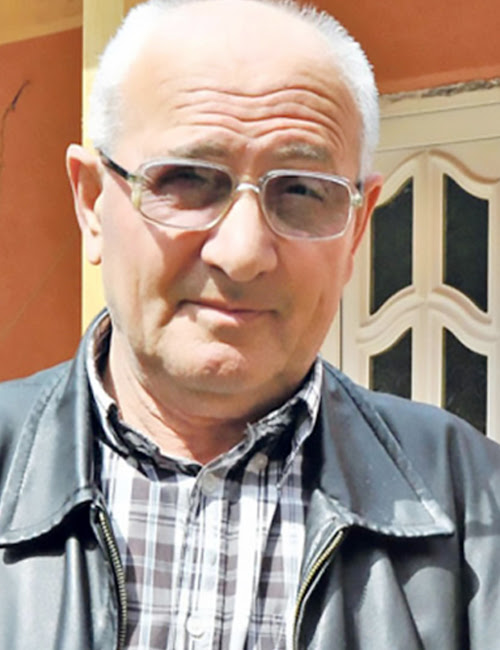 readers will not be able to accept his somewhat crazy decision. When the whole life of the two grandparents were connected to each other to overcome many difficulties, when he got the little angel, he had selfish thoughts for himself. Serif claims that living with a baby at his age would be too damaging to his health. Atifa also has health problems, including high blood pressure, but says she is ready to raise her daughter alone. Alina is Atifa’s first child, but Serif already has children from his first marriage. Atifa claims that Serif wants to go back to Turkey where they live. 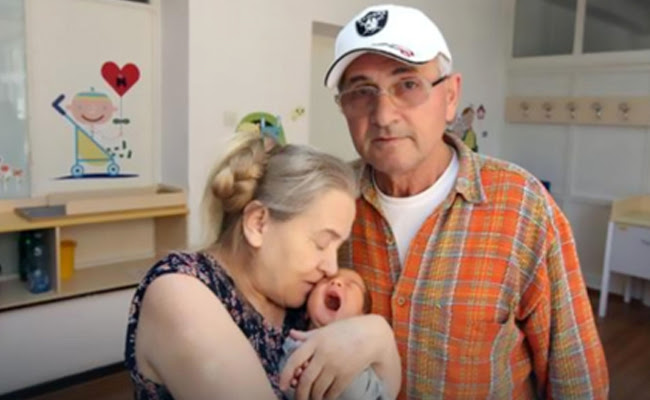 Atifa was considered a high-r.i.s.k pregnancy and was in hospital for the three months leading up to Alina’s birth. Serif had repeatedly warned his wife about the dangers of carrying a baby at her age. But he claims he went with the idea even though he had opposed it at first. Alina even haven’t her last name as he refused to have her registered as his daughter. 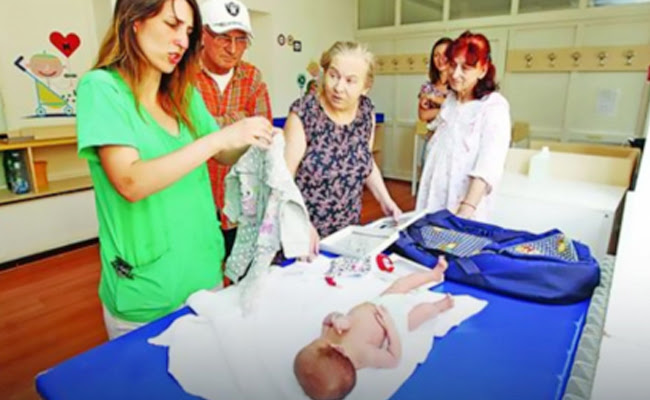 The couple are thought to have used an anonymous sperm donor. Atifa, who worked in a textile factory, says she will raise her baby by herself even though she has little money. She is a cousin of Rasim Ljajic, Serbia’s Minister of Trade and Deputy Prime Minister, but says she has no relatives who can help her. She added: “I knew it would be a big risk at my age, but my only wish in my life was that I have a child, and it happened to me. I was not afraid of my life at all, God gave me courage. I have never felt better.” Why can she carry a pregnancy after menopause . Women can carry a pregnancy after menopause with the assistance of hormones, said Dr. Lisa Campo-Engelstein, PhD, an associate professor in the department of obstetrics and gynecology and the Alden March Bioethics Institute at Albany Medical College. Menopause means their ovaries stop producing hormones, but their uterus remains functional. The woman carrying the child would face the same risks of pregnancy along with minor risks posed by medications taken with an embryo transfer. “While women of advanced maternal age are at increased risks during pregnancy, these risks can typically be managed so that it is safe for them,These risks are not usually serious enough to discourage healthy postmenopausal women from carrying a pregnancy.”she added